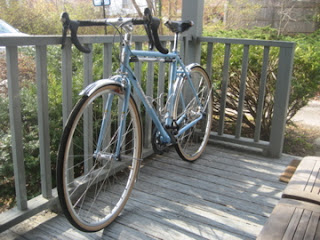 After nearly 15 months, I finally have a replacement for the lovely Independent Fabrication rando bike that was totaled during my accident. It wasn't until June 2011 that I was physically ready for a custom fitting appointment and now it's finally here. The wait time for IF frames is typically 2 months, but with the company's move to NH this summer, things took a bit longer. 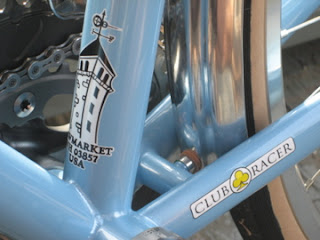 I was able to transfer a few parts off the old bike to a different IF frame, so now I'm blessed with two great bikes. I'll keep this blue bike fully kitted out for brevets, permanents and long distance adventures with fenders and lights, while the other will serve as my all-around training and racing bike. Since I knew this would be my second Club Racer in the stable, I decided to try out a different color for the new frame. IF is well known for their excellent paint work and this new bike is no exception. The lustrous blue paint just pops, especially with the silver components and the white and gold IF decals.

Since I was starting from scratch, I decided to make a few aesthetic and performance upgrades. In particular, I opted for the Paul Racer brakes over the Tektro long reach. I was not a huge fan of the Tektros the last time around, but they fit around my 43mm Honjo fenders better than the Shimano long reach. This time though, I made the plunge (and commitment!) to go with the Pauls. Since the Paul Racers mount to uniquely placed frame bosses, there's no going back. 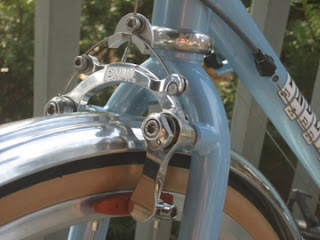 In addition, I chose the beautiful silver Ritchey Classic line for stem, handlebar and seat post and, of course, the special IF sterling silver head badge. Finally, Justin at Signature Cycles built me a great pair of hoops around a gorgeous set of White Industries hubs. 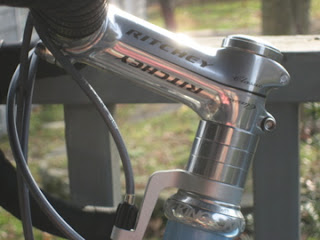 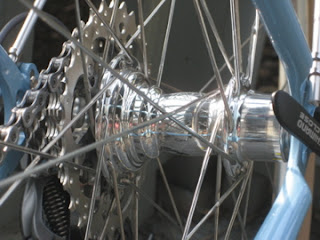 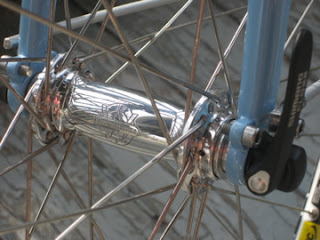 As luck would have it, I have been EXTREMELY busy since picking up the bike on Thursday night, so I've only been able to ride it for about an hour. So far, it rides just as good as it looks. I can't wait to spend some serious time with this new friend. I think I'm in love.